I’ve got a confession. I’ve been in the call center world for a long time. I thought I knew everything about running an effective phone room. Then I found out my call centers were slowly leaking money.

It was going on for years before I finally discovered the problem, plugged the leak and started generating almost $1 million more in profit a year.

If you’re running a call center there’s something hiding in the background silently sabotaging your business. It’s drilling holes in your balance sheet and causing you to leak cash that should be going into your bank account. Here’s the problem.

Call centers often operate behind the scenes. While they generate $23B annually and employ almost 500K people, there is an unjust stigma associated - particularly with outbound call centers.

Perhaps because of that, these businesses don’t have many options when it comes to software and services. Most call centers rely on software like Vici, Five9, Genesys, Twilio… to run outbound campaigns.

There are three ways these products suck profits out of your business:

Paying Less for minutes will lower your expenses immediately. Not paying for bad numbers and poor routing will boost your connection rates and save you money instantly. Using intelligent dialing will reduce agent wait times and help them close more sales. But there are other ways you can maximize profit in your call center.

Here are three additional tips to squeeze more cash out of your call center:

Tip 1: The Power of Analytics

Having the right data and knowing how to translate it into actionable information is critical in an outbound call center. Identifying and reviewing key performance indicators (KPIs) can mean millions more in profit. Let me give you an example.

I once worked with a call center owner who had run huge phone rooms for almost two decades. He thought he knew everything there was to know about the business. So we took a look at the data.

We found that the conversion was pretty good, agents were converting 5% of the calls they took (above average for this vertical). They were also logged into the phones and ready for calls 90% of the time (another positive statistic). At first glance, things looked good. But then we dug a little deeper.

Out of each hour, the agents only spent about 22 minutes on the phone with another person. The rest of the time was being spent waiting, cleaning up bad numbers, making notes… And once we started listening to calls, of that 22 minutes, only about 6 minutes was spent actively selling.

We went to work.

First we replaced the dialer with a much more effective “artificial intelligence” predictive dialer that constantly optimized the list. It only spent time on good numbers and even used an algorithm to score those good numbers for enhanced dialing. It took into account hundreds of data points to connect more closable calls to agents, at times when the lead was more likely to convert.

That change boosted talk time from 22 minutes an hour to 40 minutes an hour. The agents were now taking four calls instead of two, which meant about an extra sale per agent each day without increasing costs. And they were converting more of the calls they took.

The end result of this one simple change was an extra $20K per week! Even better, the dialer was less expensive than the one they had been using, so they saved money there. We dug deeper…

Tip 2: Get a Better Phone System

I continued to work with the client and eventually we discovered some other areas that could be optimized. One was the agent experience. They were spending too much time moving back and forth between different software windows on their computer, writing notes and marking dispositions for calls.

We decided to overhaul the user interface so agents spent less time navigating. We got a new cloud-based phone system that allowed us to get rid of the extra software we were using (in this case it was a soft phone product called Zoiper) so agents never had to leave their browser. And with an easier to use screen, agents spent less time on things like data entry.

By optimizing the agent experience and simplifying everything, we were able to lower close times from 12 minutes to 8 minutes. This small change added 90 additional sales per week – an extra $9,000 - almost all of which was profit because the seat costs were less than our old phones.

Tip 3: Have the Right Support

When I started my first call center I was naïve. I thought it would be so easy. A number of people I knew were successful in the industry and it seemed like a pretty easy way to make a living. I was wrong.

I remember setting up that first call center. We got all the furniture and phones, setup the computers, tested the headsets and I thought we were good to go.

I didn’t realize it would take another two weeks to get the proper software installed, configure all the machines, route ip addresses, load SIP codes, setup agents, create rules for the dialer…

And when we finally started making calls it was a disaster. The connection rates were incredibly low, so we just kept speeding up the dialer. We burned through so many leads and nothing was connecting. Then, it seemed like once a day, the hopper would be empty and no calls would come through for 20min before we realized we needed to reload. But it got worse.

Every couple of weeks something would blow up. The phones would stop working, the system would crash, the database would start acting up… I certainly learned a lot those first few months. I also ate a truly impressive amount of cookies and Ben n Jerrys…

The main lesson I took was that I needed the support of experts.

Think about it, almost all successful businessmen, athletes, entrepreneurs... have coaches and support. Michael Jordan had Phil Jackson, guys like Eric Schmidt and John Doerr have Bill Campbell, Tony Robbins has coached Bill Clinton, Al Gore, dozens of billionaires... who was I to think I knew best.

It’s not so easy to find an experienced, reputable, ethical company to manage outbound campaigns – or provide guidance or support. After A LOT of digging – and a fair amount of trial and error - I found a company that could manage and optimize my software and dialer at a reasonable price.

Outsourcing this piece of the business to experts had an immediate and substantial effect. It was one of the smartest decisions I’ve made and it yielded the greatest return.

Overnight our wait times went down dramatically and connections went way up.

We weren’t spinning the dialer nearly as fast so we weren’t burning through leads. That alone probably saved me $10K per month on my marketing/leads spend.

The phones also stopped going quiet because the hopper was empty, and the system stopped crashing because a more stable environment was put in place. We finally hit our stride and that’s when the explosive growth started.

Operating a call center, particularly an outbound call center, is not an easy task. There are a number of pitfalls and roadblocks to trip you up. But, with the right information, the right products and the right support you can turn any phone room into the goose that lays the golden eggs

To find out how to Save Money on Minutes, Make More Sales, Optimize Agents and Generate 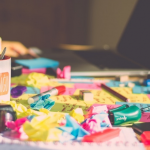 The Secret to Successful Press 1 CampaignsUncategorized